Bayern Munich took to Twitter and announced that Nihad Dedovic has extended his contract with the club until 2023.

Dedovic has spent the previous six seasons with the German club and will now remain with the Bavarians for four more years. 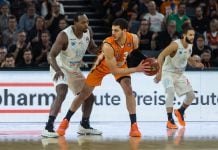 Kevin Love withdrew from Team USA, but he is not looking...