Goran Dragic took to Twitter and stated he will not play again for the national team.

Slovenia is on the brink of elimination, following their loss to Turkey at home on Monday night (77-86).

The 2017 European champions played without Dragic and Luka Doncic in the FIBA WC Qualifiers and have won only twice in eight matches so far (2-6 record).

Consequently, many Slovenian fans wanted the Miami Heat guard to return to the national team and help the squad qualify to the World Cup.

However, Dragic made it clear he will not come back, as the 2017 EuroBasket was the last time he played for Slovenia. 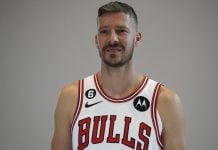 Goran Dragic happy to continue career: ‘I never thought I’m going to be in the league for 15 years’

Goran Dragic: “Giannis is the MVP. Gilbert Arenas, was he ever the MVP?” 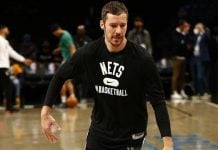