Marbury believes Irving has done things on the court that people have never seen before.

“He’s done things on the court we’ve never seen before. He’s a champion and if he never wins another championship he did more than a lot of people in his short time while living.

There’s always someone pushing a narrative to the public about Black men who have a voice respect and the ability to make millions or billions of dollars. It seems the threat will always be real no matter the time period in life,” Marbury said, via Brandon “Scoop B” Robinson of Heavy.com.

Irving has won the NBA title once (2016). He only played 20 games for the Nets last season, due to injuries, but has fully recovered ahead of the new season.

JJ Redick on Klay Thompson and Kyrie Irving return: “I think Kyrie coming back will have a bigger impact on the Nets”

Kevin Durant not asking Kyrie Irving to get a vaccine 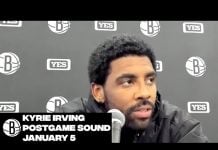 Kyrie Irving reacts to his season debut: “I’ve had a lot of debuts but nothing comes close to this one” 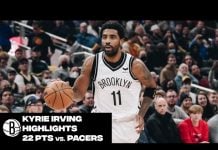