New Indiana Pacers recruit Domantas Sabonis has been withdrawn from the Lithuanian national side this summer.

The back-to-back Eurobasket silver-medalists have welcomed Toronto Raptors big man Jonas Valanciunas to the team camp, however Sabonis, who was included in the preliminary team list will take no further part.

The reasoning behind the 21-year-old’s sudden absence is due to the Pacers declining that he be taken away from club duties in the off-season.

The Pacers’ trainers will work with Sabonis to prepare him for the new season ahead.

Sabonis, son of legendary former NBA player Arvydas Sabonis, was born in Portland, while his father was playing for the Portland Trail Blazers. he was selected by the Orlando Magic via Oklahoma City Thunder with 11th pick of the 2016 NBA Draft.

He averaged 5.5 points and 4.5 rebounds for Lithuania at the Rio Olympics last summer. 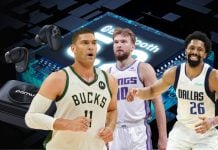 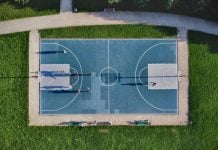