The Detroit Pistons have officially signed big man Micah Potter, per RealGM’s NBA transaction log. Potter initially signed an Exhibit 10 contract with Miami last fall after going undrafted out of Wisconsin. He was waived before the regular season began and spent most of his rookie year with the Heat’s G League affiliate. 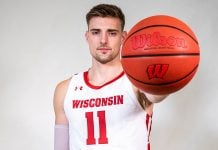 Micah Potter signs with the Jazz

Pistons and Micah Potter agree to a deal