On Monday, the world’s richest man Elon Musk bought Twitter for forty-four billion dollars. After the news, the left-wingers started to complain about how this deal is a danger to democracy.

“Just curious. Why did no one care when Zuckerberg and Gates bought thousands of acres of land or Bezos buys Washington Post but when Elon bought Twitter to make it a free speech platform for everyone then now people are saying thats Fascism? Help me out! Trying to understand it,” Kanter Freedom wrote.

Enes Kanter Freedom – a prominent China’s slave labor critic – was traded by the Boston Celtics to Houston Rockets at the trading deadline. The Rockets waived him on Feb. 14. 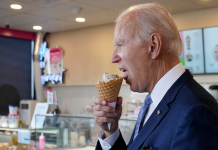 Enes Kanter Freedom: This is ‘pure dictatorship and censorship’