French point guard and projected lottery pick Killian Hayes has officially made his decision to declare for the 2020 NBA Draft.

Hayes submitted paperwork to the league office to make himself eligible.

“I am officially declaring for the NBA draft,” Hayes wrote in an email. “I have sent in paperwork to the league office and I’m very excited.”

The 18-year-old was averaging 12.0 points and 5.6 assists per game for Ratiopharm Ulm before the coronavirus stoppage.

At 6-foot-5, Hayes is an effective pick-and-roll player who shot 59 percent from inside the arc in the Bundesliga and EuroCup.

Here is some footage of Hayes from this season: 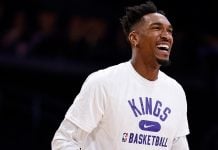 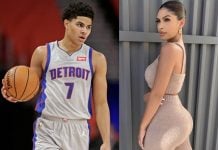