Los Angeles Lakers big man and former slam dunk champion Dwight Howard will participate in this year’s NBA Slam Dunk Contest at All-Star Weekend in Chicago. It will be his fourth time participating in a dunk contest, as he finished third in 2007, first in 2008 and second in 2009. 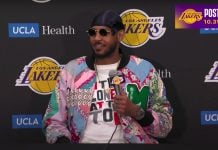