Former NBA star Paul Pierce thinks that Kawhi Leonard is a top 30 player of all time already. Should Leonard bring the Los Angeles Clippers, he will only go up.

After leading the Toronto Raptors to their first ever NBA title, the 28-year-old superstar will seek the same with the Clippers.

For Leonard the last season was also the best in terms of personal statistics. He had the highest scoring average of 26.6 points per game for the Raptors. 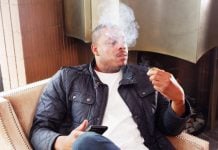 What if the Phoenix Suns Drafted Kawhi Leonard?

Celtics’ Jaylen Brown out for season