Former German national team and NBA superstar Dirk Nowitzki has been appointed as Chair of the Players Commission on Saturday at the first FIBA Central Board meeting for the new term.

With this appointment, he also becomes a member of the 25-member FIBA Central Board.

Nowitzki has had an illustrious playing career for Germany and consistently was a star performer at numerous FIBA tournaments for more than 15 years.

He led his country to its best-ever result at a FIBA Basketball World Cup in 2002, finishing in third place, the nation’s only podium finish at the world level. He also led Germany’s run to the Final of FIBA EuroBasket in 2005, finishing in second place.

In 2014, FIBA announced the creation of the first-ever Players Commission that would represent the interests of the sport’s main actors.

This was implemented as part of the improvements made to FIBA’s governance and in line with the ongoing efforts to include stakeholders in the decision-making process.

Vlade Divac was appointed as the first Chairman for the 2014-2019 term. This commission is made up of 14 members and the Chairman serves on the 25 member FIBA Central Board.

The members of FIBA’s Players’ Commission have been named for this new term and are:

Dirk Nowitzki on why Europe is developing so many NBA superstars

Dirk Nowitzki on Luka Doncic: “He is already playing like a 30-year-old” Dirk Nowitzki on Giannis Antetokounmpo: “I am really happy for him” 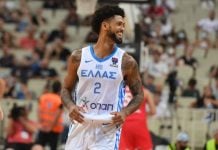 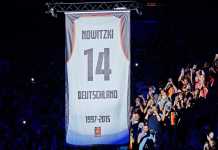