You may already read that the FIBA Americas Championships will be held in beautiful Mexico. To be exactly, one group will be played in Mexico City in the big Palacio de los deportes, while the other group has been moved to….Mexicali?
If you are aware what’s currently going in Mexico, then you may wonder why the Mexican Basketball Federation chose the city on the border to the US. 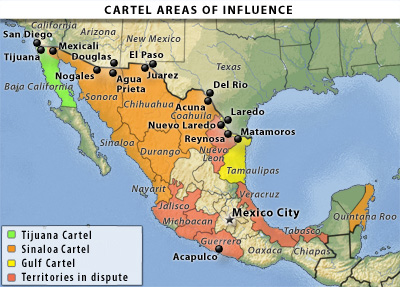 It’s probably because Mexicali is paying a lot of money to be hosts of the group.

But with the withdrawal of their lone pro team the Soles from the LNBP coupled with the warning of the U.S. state department makes me wonder who is actually going to attend the games if hosts Mexico are not positioned in that group ?

The US national-team won’t be around this time as they are qualified already for the World Championships while other countries won’t attract a lot of fans to the city in the middle of the desert.

It would have been better to take Cancun (Although there might be another drug cartel causing trouble) as the host of the second group after their new gym was built and is ready for international tournaments these days.

Nevertheless, it’s a great boost for basketball in Mexico these days after hosting recently the FIBA Americas League Finals and some other smaller FIBA-related tournaments in the last couple of years. It will be interesting to see how the participating countries will deal with the situation in Mexico and who is going to provide safety in August during the tournament…I know this guys won’t.

Austin Rivers: Teams to get 2 practices before resuming season, all...

Watch: How David Blaine performed a card trick for the Lakers,...

Who should Golden State Warriors take if they get a first...

Shaq goes off on the “a**holes” who continue to criticize his...

Kendrick Perkins not in favor of BIG3’s plan for a preaseason...