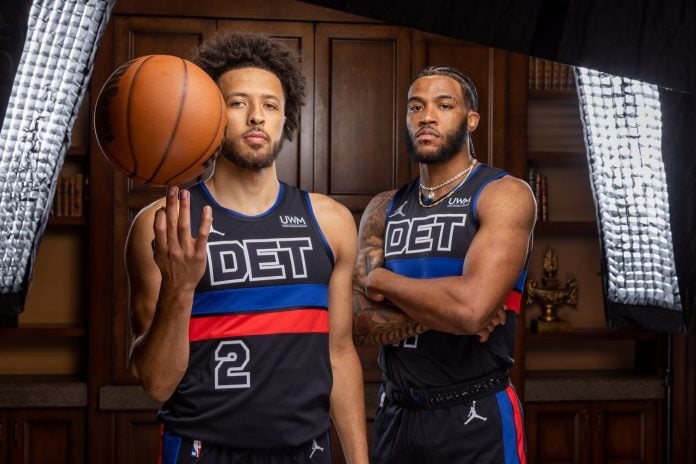 The Detroit Pistons have finally unveiled their new Statement jersey which will be debuted for the 2022-2023 season.

The new gears will be worn for at least two seasons, having a black color with two horizontal stripes featuring the two main colors of the franchise and a tribute to the team’s warm up tops in the 80s and early 90s, with the team name “DET” at the chest.

The uniform was inspired from a voicemail rant delivered by Cochise Hardy to the franchise’s head office way back in 2020. When scrolling down his social media feed, Hardy noted that he found it frustrating that the Pistons weren’t able to create newly-designed jerseys unlike the rest of other teams in the league.

The new black jerseys will be worn by the Detroit club for seven home games this upcoming season, though it is yet to be finalized.