LeBron James tweeted out some praise for former Cleveland Cavaliers teammate Kyrie Irving on Friday following the latest episode of The Shop dropping.

Irving, who had a falling out with LeBron in Cleveland, is the most controversial athlete in the NBA at the moment and got some pretty bad press last season given his stance on vaccination against COVID-19. Kyrie’s fans have made claims of the point guard being misunderstood and King James echoed as much on Twitter this Friday.

James and Irving won a championship together in 2016 but would split up after the latter demanded a trade and left for the Boston Celtics. 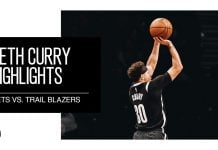