For Tyrese Haliburton, the dumping that the Sacramento Kings did to him will always be stuck in his head.

To the point that he is considering it as a fuel in order to be motivated and prove people wrong on their assumptions.

“I think for the rest of my career, that [trade] is in my head, right? I think the great ones take little things, negative things and run with them,” Haliburton told Alex Kennedy of Basketball News. “It’s funny — when I do things well, people are always like, ‘Look at what the Kings did!’ I love that stuff. That’s what I love.

“My whole life, I just love proving people wrong… Everything I do, I just want it to be like, ‘[Look at what the Kings did]!’“

The trade that the Kings have made to him will always leave a painful scar on the side of Haliburton. Despite pledging his commitment to save the franchise from currently being at the basketball purgatory, he was still considered a trade asset by the Sacramento brass.

But his arrival in Indiana opens up a major gate of opportunities in his growth and career. With the Pacers, the keys of their franchise are now in his pocket, while being widely touted as the cornerstone of their future.

Averaging an impressive statline of 17.5 points, 9.6 assists, 4.3 rebounds and 1.8 steals with 50.2 percent field goal shooting in 26 games last season for them, the Pacers undeniably found their superstar in the making in Haliburton. 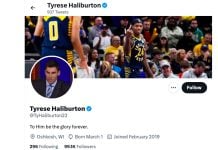 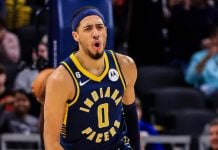