The new Lakers head coach Darvin Ham remembered the time from his playing days when he was facing his current team while playing for the Pistons.

He talked about the 2003-2004 NBA season at the end of which the Lakers and the Pistons faced each other in the Finals. It was Ham’s team that won the title.

During that year the relationship between the two Los Angeles superstars – Shaquille O’Neal and Kobe Bryant – was far from good and Detroit tried to exploit it.

“They was beefing. Not on a personal [level] per se. I wasn’t there every day with them, but you can see on the court the energy wasn’t right… Something just seemed a little bit off,” Ham said on Showtime Basketball, via ClutchPoints. 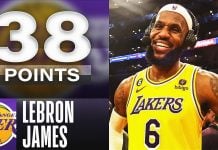