The NBA finished unveiling their list of the 75 greatest players in league history and Kevin Durant and James Harden were both included, but their teammate Kyrie Irving was not. The Golden State Warriors veteran Andre Iguodala wasn’t a fan of that decision and took to Twitter to post: “So y’all saying Kyrie Irving ain’t top 75? I agree… he’s top 20 at least.” Award-winning journalist, TV host, and author Skip Bayless shares his thoughts on the list and whether Kyrie was snubbed: “What offended me is that Damian Lillard made this list. Give me a choice between Kyrie Irving and Dame, I’m taking Kyrie any day or night.” 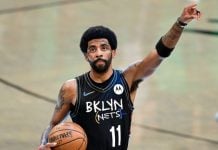 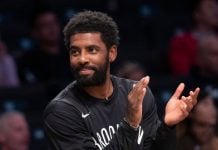 Chris Broussard: “There’s an argument for Kyrie Irving being top 75 in the NBA”

Al Horford, Jayson Tatum lead the Celtics in the slugfest...

Robert Horry on what impressed him most from Lakers in win...