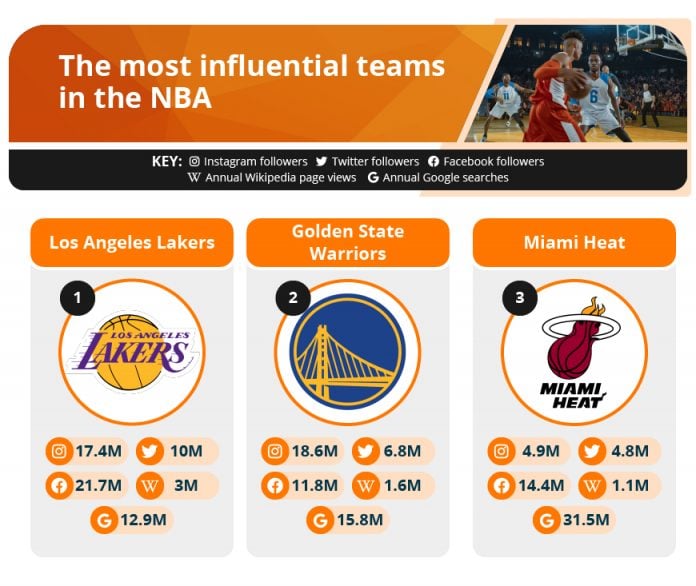 By analysing the world’s biggest sports leagues, teams and players, TicketSource has highlighted the biggest names and establishments in sport according to influence and authority. The Los Angeles Lakers took the second spot among the world’s most influential sports teams behind English Premier League outfit Manchester United with a score of 8.74 points.

The seventeen-time NBA champions are the top team in their own league, followed by the Golden State Warriors and the Miami Heat:

James Worthy on Lakers Big Three vs. Pistons: “They all looked like they were in leadership mode”

LeBron James on Lakers: “We haven’t even scratched the surface on what team we can be”