The Denver Nuggets head coach Michael Malone was called to comment on the Michael Porter Jr. situation, as the young star is about to face another 10-14 days of quarantine, per Shams Charania.

Malone avoided to say anything specific on his player absence and called other ‘guys in the team’ to step up their game and help the squad.

“He’s not here right now, so I’m not even going to speak on that. We have guys that are talented, have been in the league. They gotta step up and help us play. We’ll speak about Michael when he gets back to our team,” Malone said.

Porter played his latest game on December 29 before he began a 7-day quarantine due to health and safety protocols of the league.

Before Thursday’s game against Dallas, it was reported that the forward will continue being in quarantine for at least another 10 days.

In four games this season, Porter is averaging 19.5 points, 6.8 rebounds and 1.8 assists per game. The Nuggets fell to 3-5 after the OT loss to the Mavericks Thursday. 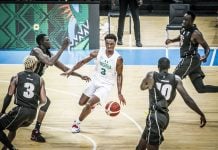 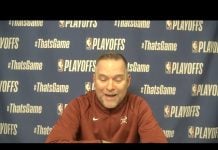 Markieff Morris has several offers, still deciding on his future, per...

Los Angeles Lakers did not even make a counteroffer for Alex...