More than 30 years after he played his final game for La Salle University, Lionel “L-Train” Simmons is being honored again for his sensational college career.

On July 7, the Metro Atlantic Athletic Conference announced its 40th anniversary men’s basketball team, celebrating its history and recognizing numerous great players who have competed in the conference since its inception. In announcing its 40th anniversary team, the MAAC included players from schools that are no longer affiliated with the conference. Former MAAC schools include La Salle, Army, Fordham and Holy Cross. La Salle now comletes in the Atlantic-10 Conference.

Lionel Simmons is the conference’s all-time leading scorer and rebounder. The 1989-90 NCAA Player of the Year and John R. Wooden Award winner his senior year, L-Train also holds this distinction: He became the first NCAA player to put more than 3,000 points (3,217) on the board and snare more than 1,000 rebounds (1,429).

In 2016, Lionel Simmons was inducted into the National Collegiate Basketball Hall of Fame.

A schoolboy legend in his hometown, Lionel Simmons starred at South Philadelphia High School before arriving at La Salle in 1986.

He made a profound impact on the Explorers program. Exhibit A: the team posted a 100-31 record during his four seasons at the MAAC school. He received the MAAC Player of the Year accolade three times. He was a consensus First Team All-American as a senior.

What’s more, La Salle competed in the NCAA Tournament in Lionel Simmons’ sophomore, junior and senior seasons. The Explorers retired his No. 22 jersey.

Simmons scored more than 20 points in each of his four college seasons. He finished his college career with the following averages: 24.6 points, 10.9 rebounds, 2.7 assists, 1.8 steals and 1.9 blocks.

He aimed to emulate the stars

In February 1990, as his college career was winding down, Lionel Simmons spoke about how he studied other players.

“I think a lot of people growing up want to be like a certain player, emulating him in any way possible,” Simmons told The Washington Post at the time. “I tried to watch and take certain things from certain players and put it all together.

“I’ve always liked to pass — that may sound weird, with me scoring 3,000 points — but watching Magic (Johnson of the Los Angeles Lakers), an unselfish player who’s willing to pass before he takes a shot and is perceived as being great because of it — I tried to take that. When Moses (Malone, formerly with the 76ers) was here, he was rewarded for being a rebounder, so I try to rebound as best I can.”

Career in the NBA 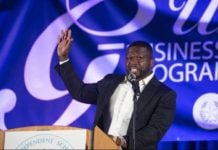 Rumors: Quinn Cook being eyed by Kings for a deal