Former NBA star Allen Iverson reportedly had a backpack containing roughly $500,000 worth of jewelry stolen from his hotel room in Philadelphia.

The unidentified man entered the hotel around 10:30 a.m. and took the jewelry.

Police released an image of the suspect from hotel surveillance footage.

The suspect is still at large.

Iverson, 44, was not present at the time of the incident.

Iverson routinely attends 76ers games, as he is one of the city’s most beloved sport icons. 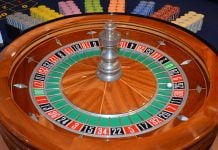 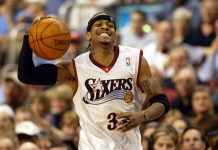