Croatia took to Twitter and announced they have officially applied to host a pre-Olympic Qualifying Tournament.

The Basketball Federation of the country officially became one of the candidates for an OQT and their intention is to host one of the tournaments in Split between 23 and 28 of June 2020. 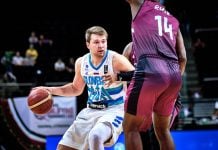