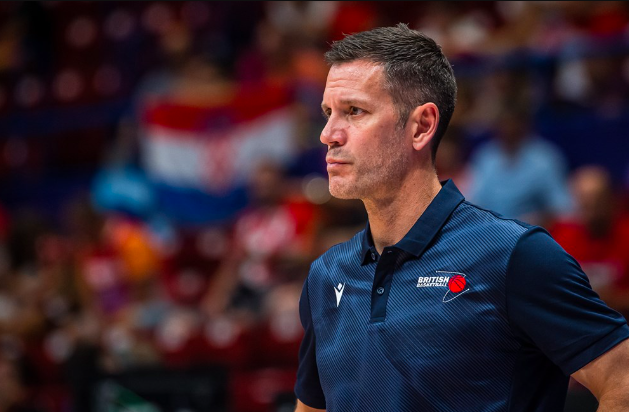 At the second time of asking, Great Britain showed their competitive spirit against Croatia at EuroBasket.

Following a hugely disappointing defeat to Ukraine, the players were keen to bounce back after losing what many considered a winable game, especially given the team’s lack of preparation compared with the other nations competing.

And trailing by just six points after two periods, GB fought in what was shaping up to be a vastly improved performance from their opener. But on this occasion, it didn’t last and after holding Croatia to 37 points at half-time, GB were victims of a 35-9 blitz in the third, which propelled Croatia to an 86-65 win in Group C.

“We played good in the first half, we played bad in the second half. That’s about it, really,” Myles Hesson said afterwards. He led GB with 18 points.

“If you look at the shooting percentages, it’s night and day between both of us and it’s hard to win that way.”

Two games. Two losses. It’s been a tough start for Reinking’s side.

And up next: Giannis Antetokounmpo’s Greece.

“If we go with the same mentality that we had in the first half against Greece and try and put that together for four quarters, we’ll give ourselves a chance to win the game,” Hesson said ahead of Monday’s showdown against one of the pre-tournament favourites.

“That’s all we have to focus on. It’s a bit more internal then focusing on other teams. If we hit our shots, we give ourselves a chance.”

Despite the daunting task that awaits on Monday, more positives shone through against Croatia.

Aside from Myles Hesson’s offensive prowess and the first half showing, Leicester Riders guard Patrick Whelan announced himself with 14 points in 12 minutes, hitting his first four shots, eventually going 5/7 from the floor.

It was a confident showing from Whelan, who came off the bench and wowed the GB fans in attendance in Milan.

Great Britain will lean on him, Hesson and everyone else in order to keep their EuroBasket dream going on Monday.