Devin Booker is a rising star.

Just 22, he’s already recognized as one of the game’s most electrifying players.

In his four NBA seasons, the Phoenix Suns shooting guard has increased his scoring average from 13.1 points as a rookie to 22.1 to 24.9 to 26.6 this past season.

Booker will play under a new bench boss this season, and Monty Williams envisions big things from him — not just this season but for years to come.

Williams worked as a Blazers assistant coach from 2005-10 during the early stages of Roy’s career. Roy entered the NBA in 2006.

“He reminds me so much of Brandon Roy,” Williams told NBA.com. “But I think Devin can eclipse that because he’s durable. He’s big and strong. Even though Brandon was (big and strong), Brandon wasn’t healthy.”

Roy retired at age 27 in 2011 after five seasons with the Blazers. The next season, he came back and played five games for the Minnesota Timberwolves.

“Devin’s one of those guys who’s not even in his prime yet. He’s going to be able to eclipse some of the things that Brandon did,” Williams told NBA.com.

Like Williams, Suns assistant coach Steve Blake is a newcomer to the organization. He’s also impressed with the way Booker, the No. 13 pick in the 2015 NBA Draft after one season at the University of Kentucky, plays the game.

“Over the years, just being a fan of the game since I’ve been retired, I’ve had a chance to watch him play many times and he continues to get better and better,” Blake told NBA.com. “The respect he has around the league is really high. Everyone you talk to since I signed here is like ‘Booker’s awesome. He’s great. He’s really hard to stop.’ I’m excited to be around a player like that on the coaching side. Should be fun.”

In a March 2017 game, Booker famously torched the Boston Celtics for 70 points. Two years later, he also had a season-best 59 points against the Utah Jazz in March.

The Suns went 19-63 in Igor Kokoskov’s lone season at the helm. Then Monty Williams was brought in as the latest in a long line of coaches during the Robert Sarver era.

Recognizing Booker is a special player, Williams doesn’t have radical plans to overhaul his game.

“He’s a creative offensive player and I don’t want to take his paintbrush away from him,” Williams told NBA.com. “I want to enhance that.” 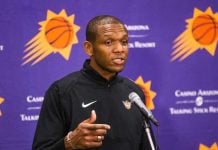 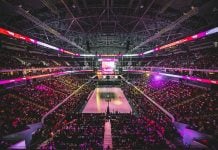 NBA mid-season: Coach of the Year race heats up with Taylor Jenkins and Monty Williams Favorites