In the Game 6 of the Finals we saw the last game in the “Oracle Arena” and maybe the end of a dynasty. The Warriors lost the title to a “hungry” and very poised Raptors squad.

That was the last game that took place in Oakland. Starting from next season, Warriors will move to San Francisco.

The Golden State fought hard to force a Game 7, but they didn’t have much “firepower” against a very “deep” Toronto squad.

Especially, after the injury of Klay Thompson, who torned his ACL. The only offensive star standing in the floor for Warriors was Steph Curry.

Curry was having two and three players on him, even with Thompson on the floor. Something that lead to the exhaustion of “Dubs” superstar in the 4th quarter.

The contributions from Iguoadala and Green were not enough, althought the Warriors had the chance to win in the last seconds of the game.

Curry found the best shot he could in that moment, but he didn’t covert the three point play and so Warriors faced a “painful” loss.

The consequences of a painful loss

The “three-peat” was not to be for the Golden State. Warriors will lose two of their star players ,even if both of them choose to stay in the “Bay Area” after the looming free agency.

Kevin Durant suffered a rupture achilles injury, something that will keep him out for the whole next season.

In addition, Klay Thompson suffered a torn ACL, after landing akwardly on the floor in the third quarter of Game 6 of the NBA finals.

Thompson will not experience any in-game basketball activity for about 6-7 months minimum. So that sounds like the end of an era for this great team.

In this era, Steve Kerr’s team change the game in an unbelievable fashion. We saw many incredible “shows” even against Toronto Raptors, despite facing adversities during the game.

“I could not be any luckier as a coach to be with these guys every day and to watch them compete,” Kerr said. “And, boy, do they compete.”

However, maybe we saw the end for one of the most influential dynasties in the history of the league. Their 2016 run changed the game, even if they didn’t win the championship.

Namely the fast-paced game that amp-up the possessions of each team, the great ball movement that put aside the isolation based play and the incredible mentality, in which the players approached each other on a star-studded team.

“What I’ve witnessed as their coach over the last five years is just an incredible combination of talent and character and commitment to each other”.

“This just doesn’t happen. A group of guys like this doesn’t come around together and do what they did over the last five years”,Warriors coach Steve Kerr claimed.

The legend of this team grows even bigger, after the performances in the series against Raptors, who matched them very well on both sides of the floor.

The last night of “Oracle Arena”:

That was the last game for the Golden State in Oakland and in “Oracle Arena”. The last 48 minutes of basketball were played there last night.

The fans of the team lived so many great moments in this arena. First of all, many great teams played beautiful basketball in “Oracle”.

The “Run-TMC” Warriors, who consisted of Tim Hardaway, Mitch Richmond and Chris Mullin, the “We Believe” Warriors, who as an 8th seed committed one of the greatest upsets in the history of the playoffs against the Dallas Mavericks .

And finally,the greatest team of the Warriors francise consist of Curry, Thompson, Green and Durant.

A team that changed the way, in which basketball is played around the world. 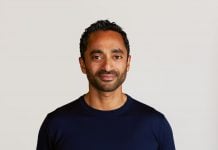