Spanish star Rudy Fernandez decided to leave Europe and will be moving to NBA next season. He won ULEB Cup with Joventut this season and earned his team a ticket to Euroleague for the next season. Fernandez was 24th overall pick in 2007 NBA Draft by the Phoenix Suns. Rights to the player were traded to Portland Trail Blazers.
Rudy Fernandez will join his compatriots Pau Gasol, Juan Carlos Navarro, Jose Calderon, Jorge Garbajosa, Sergio Rodriguez in NBA.

"They (Portland) have shown a lot of interest in getting me and have assured me that I will be an important part in the team,” Fernandez said.

“It's a young team and I am going there to help them qualify for the play-offs and why not, the title."

Rudy Fernandez is a member pf Spanish national team and helped them win World Championship in 2006 and silver medals in Eurobasket 2007. 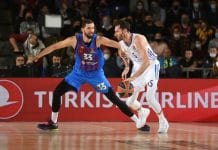 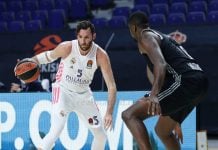 “Real Madrid can compete in the NBA, for sure,” says Rudy Fernandez