Although USA cut the deficit to four (55-51), thanks to a 23-10 run of their own, they couldn’t turn things around and saw the Mexicans earn their first victory over Team USA since 2011 and the Pan American games.

Francisco Cruz scored 24 points and Orlando Mendez-Valdez added 20 points for the winners. On the other hand, Marcus Thornton scored 14 points and Xavier Munford had 11 for the losing squad.

This was the first defeat for the Americans in 10 matches under Jeff Van Gundy, as both teams have already qualified to the second round and are the grand favourites to qualify to the 2019 World Cup. 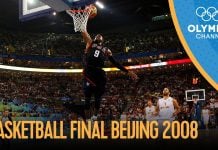