Basketball legends Dwyane Wade and Dirk Nowitzki served as the headline player nominees for the Naismith Memorial Basketball Hall of Fame’s Class of 2023.

The official list of the Class of 2023 will be released on April 1, with the enshrinement taking place on Aug. 12 in Springfield, Massachusetts. 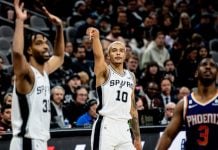