14-time NBA All-Star Dirk Nowitzki looks back on a challenging time in his life: hiring a private investigator in 2009 to learn that his then-fiancée Cristal Taylor had a sketchy past, leading to her arrest for fraud.

The Dallas Mavericks legend says he was shocked and embarrassed by the incident, especially as his notoriously private personal life suddenly turned public.

He recalls playing especially well in a playoff series against the Denver Nuggets as news of his fiancée’s shady past and multiple aliases began capturing media headlines, and later he shares part of the process that helped him to get over it: 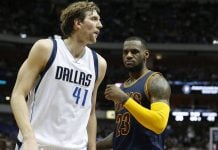 Dirk Nowitzki Reveal How Lakers’ LeBron James Can Pass Michael Jordan To Him In G.O.A.T. Conversation 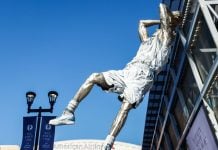