EuroLeague president Dejan Bodiroga admitted that the clubs will be presented with a proposal for a new format of the competition, explaining why he thinks it’s time for a change, via Eurohoops:

“My position is to protect the interests of the clubs, that is the Euroleague. I think that there should definitely be a conversation about harmonizing the calendar. There are four continental competitions. That’s a lot for Europe,” Bodiroga said.

“Even for an ordinary viewer, it seems quite confusing. These November and February windows, due to the impossibility of players from the NBA and Euroleague to play, calls into question the quality of the games and everything.” 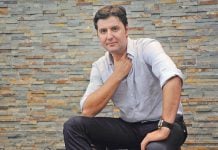 Dejan Bodiroga: “The goal is for the best to play”

Goran Sasic: “Dejan Bodiroga is like a force that can fuse everything together” 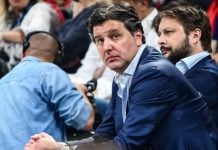 Goran Sasic on Dejan Bodiroga: “Impossible for a more demanding situation to begin in Euroleague Basketball” Goran Sasic on Dejan Bodiroga: “I am overjoyed he got this opportunity from the teams” Andrei Kirilenko on Dejan Bodiroga: “He knows what FIBA wants, as well as EuroLeague”