After searching around for gossip for two days, we decided to combine Saturday and Sunday together.

He has been seen to air ball free throws, we’ve witnessed him missing dunks, but DeAndre Jordan did something we thought we would never see

JORDAN FOR THREE (DEANDRE, THAT IS)

For the first time in his seven-year NBA career, Los Angeles Clippers’ DeAndre Jordan drilled a three-pointerearly in the first quarter against the Dallas Mavericks as the shot clock was winding down.

It must be noted that Jordan did in fact air ball two free throws in the same game.

New York Knicks president Phil Jackson is one of basketball’s winningest coaches. But this might be one of his toughest tasks in his career.

Guiding the Knicks back to a Playoff contender. Because right now, they’re not even an NBA-calibre team.

By virtue of what he called a “project gone awry,” New York Knicks president Phil Jackson has spent more of this season scouting college players that could help them in the future, rather than cleaning up the team’s present.

But while scouting is a huge part of his new job, it’s not how he plans on rebuilding the franchise.

The Knicks (12-51) have the worst record in the league and are in line for a very high lottery pick. Jackson said he hopes to find a future franchise player in the draft who can help the Knicks for the next 10 years.

But his main focus will be on finding the right mix of free agents who can help turn the team around quickly.

The Knicks are expected to have at least $25 million to spend in free agency this summer.

“What we’re trying to do is look at what advancement there can be in the short-term,” he said. “How quickly we can recover and get back in the hunt?”

Veteran Charles Oakley was known as one of the most emotional players in the League during his NBA career.

He played for Chicago, New York, Toronto, Washington and Houston. But he isn’t too keen on today’s NBA. The Raptors honored him on Friday, when he decided to share his thoughts on the mindset of current players. Oakley said the NBA is “hard to watch” now because guys don’t play “with their heart.”

Who do I like watching? It’s hard to watch,” he said. “I don’t know, it’s just, it’s a different game. It’s some good games and a lot of bad games. More bad games than good games these days.”

Oakley, who had a brief stint as an assistant in Charlotte from 2010-11, said that experience informed his perspective.

“Everybody says the game has changed, instead of talking about the guys I got a chance to see ‘em first hand,” he said. “It was kind of bad.”

Oakley — who knew a thing or two about toughness during his playing days — said, in part, players’ mindsets have changed.

“The mind is not — you don’t have to be strong to play this game no more,” he said.

“I don’t know what it is. They just roll you out there like a basketball. That’s why … you see the same teams in the finals or winning 55 games. Strong teams, strong-minded coach. Just the players, they don’t think it, they don’t know how to play together,” he said. “So that’s one of things I see the weakness is: Communication, the guys don’t love the game. They play the game, but they don’t play with their heart.”

Moving to the NCAA and as regional championships are decided, Alabama have chosen to rebuild after a woeful 18-14 season.

Grant, 48, was with the Crimson Tide for six seasons, winning at least 20 games three times and making an NCAA tournament appearance in 2012. He also led Alabama to a pair of NIT appearances, reaching the championship game in 2011.

After getting off to a 12-3 start this season, Alabama struggled over the final two months of the season, finishing 18-14 overall and tied for eighth in the SEC.

“In this business we are ultimately judged by wins and losses on the court and, for a variety of reasons, we haven’t made satisfactory progress in that area,” Alabama athletic director Bill Battle said in a statement. “We have a great university, and an excellent athletics program that has expectations for all of our teams to meet the highest standards in competition, in the classroom and in the community.

He came to Tuscaloosa from VCU, where he went 76-25 and made two NCAA tournament appearances. The Rams knocked off Duke in the first round in 2007.

Grant was an assistant coach under Billy Donovan at Florida for 10 seasons, after spending time at Marshall and Stetson.

Grant finished with a 117-85 record in six seasons at the school. 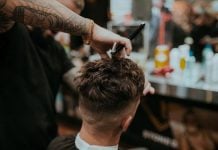 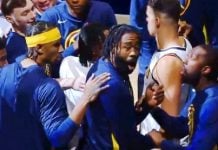