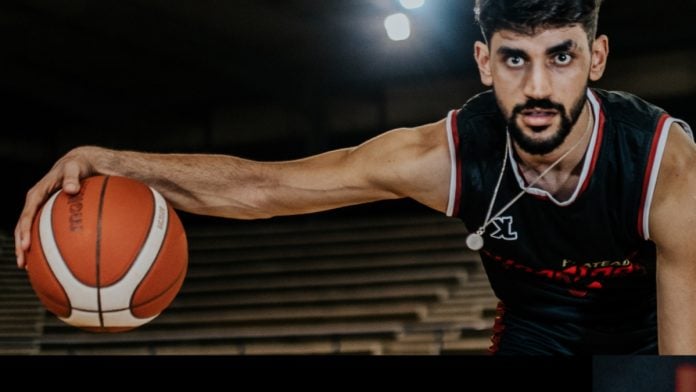 It might seem like there are a whole lot of players in the NBA but the reality is there aren’t that many and the number of postponed games and players brought in on 10-day hardship deals this season should tell us that much.

There’s hardly a time when there are more than 500 active players in the league at any one time, which goes to show how elite of a group it is.

The NBA has become more inclusive over the years, with players from all over the world getting opportunities therein. Egypt, however, has only had two nationals play in the NBA – Abdel Nader and Omar Samhan – and only one of them, the former,  was actually born there.

Point guard Abdelrahman Elghadban is keen on becoming the second Egypt-born player to make it to the NBA and believes he’s well on his way, having landed workouts with several G League teams and late last year. He’s now on the verge of signing with one of them.

The 27-year-old was recently interviewed by Talkbasket.net’s Lou Flavius and spoke of his dream to play in the NBA.

“My career aspiration is obviously to compete at the highest level and to be considered as one of the best in the world,” he declared. “There’re 500+ players in the NBA, if I could be one of those players at any point of my career, that would be a great blessing. Also, considering where I am from and how hard it is to come out of Egypt and compete with the best players out there.”

Elghadban, who currently plays for the Plateau Warriors of the Cabo Verde Basketball League, started playing amateur basketball at the age of 14 and was playing for professional team Al Gezira at age 16. His basketball journey has taken him to Canada, Spain, and the U.S and he’s now aiming to show his stuff in the NBA’s developmental program with the hopes of making it to the league.

“I got offered multiple private NBA G league workouts in September,” he revealed, “and I am looking forward to a signing which will be a step closer to the ultimate dream.”

Egypt is hardly known for basketball, with soccer the main sporting spectacle over there. As a matter of fact, Egypt boasts arguably the best soccer player in the world at the moment in Mohamed Salah. Abdelrahman is a big fan of the Liverpool attacker but, despite playing football during his youth, fell in love with basketball instead.

“Football is way more popular in Egypt and in my early years I did play football like everyone else in Egypt. But it wasn’t for me,” he explained. “I was still playing football when I started trying basketball for the first time. When I did, I fell in love with basketball and the rest was history.

Getting into the G League is one thing – it’s going to take a lot of hard work to make the step up to the NBA but the COVID-19 pandemic has presented a unique opportunity for outside players to earn contracts with NBA teams, albeit very short ones. It’s going to be a difficult road ahead for the Egypt-born NBA hopeful in spite of that.

G League season expected to be canceled due to coronavirus

Christian Wood: From going undrafted to a career season