The Boston Celtics and the Milwaukee Bucks will square off at Fiserv Forum in one of the five NBA Christmas Day showdowns.

Both franchises had to deal with the recent Covid-19 outbreak, with several players in the protocols over the past few days. The Celtics have listed eight players as out for Saturday’s game, due to Covid-19 protocols.

Yet, Boston could see four players return to the lineup. All four are still in the protocols and questionable for the contest. For his part, Marcus Smart is also questionable with a left hip contusion, but could also suit up for the squad.

Despite the struggles, the Celtics are still within the playoff zone, currently in the eighth place, at 16-16. The performance of Jaylen Brown, Jayson Tatum and Dennis Schroder will determine whether their will be competitive in the game.

The Bucks, on the contrary, saw Giannis Antetokounmpo clear the protocols on Friday and return to the court. Even though he missed a few games, he will likely be available for the contest.

In addition, Bobby Portis is also out of the protocols, while Donte DiVincenzo is the only Milwaukee player in the protocols at the moment.

The Bucks enter the game as the favorite, especially if their Big-3 is available. DeMarcus Cousins has been playing very well lately and it seems he has adapted well to the team.

Milwaukee is third in the East and will now seek to extend their winning streak to three games, coming a step away from the top.

This is the second straight year the Bucks will host a Christmas Day game. The only other time they played on Christmas Day was back in 1968.

Saturday’s clash will be the first time that the Celtics and the Bucks will meet on Christmas Day. Game tips off at 2.30 pm ET.

With the Bucks and the Celtics being among the betting favorites to win the title, visit Pickswise for the latest odds in all NBA games. 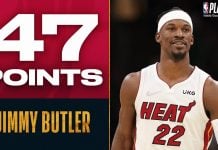