Chicago Bulls forward Patrick Williams is expected to miss the rest of the regular season with a left wrist dislocation, according to Adrian Wojnarowski.

The 20-year-old suffered a severe perilunate dislocation when he landed on his wrist on a drive to the rim after getting caught up in the air by New York Knicks’ Mitchell Robinson on Oct. 28.

There is hope that a timetable on a return could potentially include the playoffs, but Bulls head coach Billy Donovan told reporters today that this is a “pretty significant wrist injury.”

Williams, the No. 4 overall pick in the 2020 draft, had started all five games so far this season and averaged 6.6 points and 2.2 rebounds per game while shooting 56.5% from the field and 50.0% from three-point.

Guard Javonte Green is expected to slide into the starting lineup for Williams. 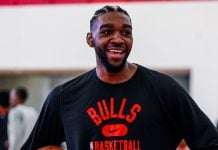 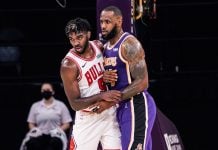 Zach LaVine on Patrick Williams: ‘He’s going to be a monster’

LeBron James on Bulls’ Patrick Williams: “He has Kawhi-type hands” 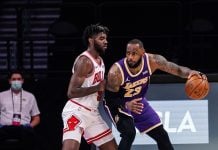 Bulls rookie Patrick Williams on guarding LeBron James: “I got better tonight as a defender, as a player”