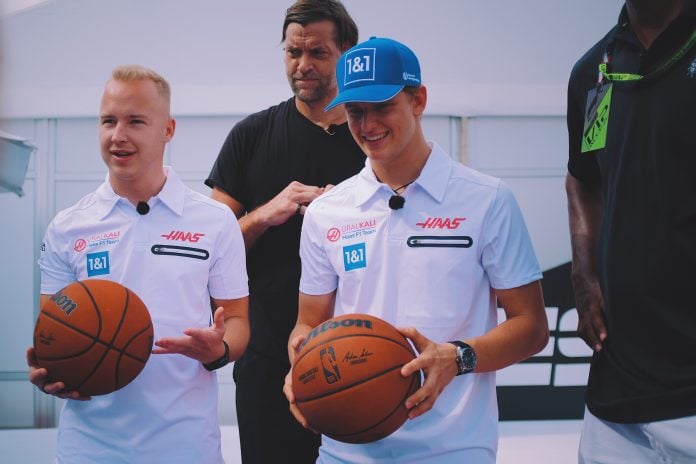 As we look forward to this weekend’s 2021 FORMULA 1 ARAMCO UNITED STATES GRAND PRIX, Aston Martin Cognizant Formula One™ Team are guaranteed to leave Austin winners after being victorious in the first-ever F1 Free Throw Challenge, which tipped-off the sport’s exciting partnership with the NBA.

Lance Stroll and Sebastian Vettel beat several of their on-track rivals to win $20,000 for their chosen charity, Ann Richards School Foundation, after making the most shots from the free throw line out of 10 attempts. Both Lance and Sebastian impressed Naismith Memorial Basketball Hall of Famers Dikembe Mutombo and Chris Bosh, and San Antonio Spurs legends Sean Elliott and Fabricio Oberto with their combined shooting skills, scoring nine out of a possible twenty shots. Many of their F1 rivals also took part in the challenge with Uralkali Haas F1 Team and Scuderia AlphaTauri taking second and third place.

Drivers went head to head at the bespoke half-court ESPN studio, as celebrations begun for Sunday’s race and the NBA’s 75th Anniversary season, which tipped off on Tuesday night and continues this evening with an ESPN doubleheader as the Brooklyn Nets visit the Philadelphia 76ers (7:30 p.m. ET), and the Phoenix Suns take on the Los Angeles Lakers (10 p.m. ET).

ESPN will be broadcasting from the challenge area all weekend as anticipation builds for the most eagerly awaited United States Grand Prix in recent memory.