The 12 teams who will participate in the FIBA World Cup 2023 European Pre-Qualifiers Second Round now know who they will play.

The second round field consists of four groups of three teams, including the four teams that advanced from the first round of the Pre-Qualifiers and eight teams from the FIBA EuroBasket 2022 Qualifiers.

The eight teams from the FIBA EuroBasket 2022 Qualifiers – Austria, Denmark, Latvia, Montenegro, North Macedonia, Romania, Sweden and Switzerland – were assigned Seeds 1 or 2 in accordance to the FIBA World Rankings, per FIBA.

The four teams that advanced from the first round of the Pre-Qualifiers – Belarus, Iceland, Portugal and Slovakia – were in Seed 3.

The Second Round of the European Pre-Qualifiers will be played in August 2021 with the exact format and dates to be announced at a later time.

The top two teams from each group of three will advance to the FIBA Basketball World Cup 2023 European Qualifiers and those eight teams will join the 24 teams that qualified via the FIBA EuroBasket 2022. 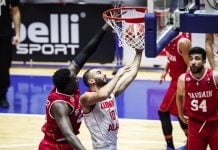 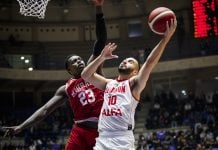 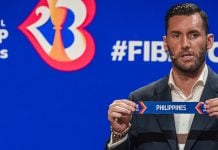 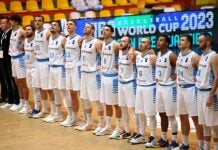