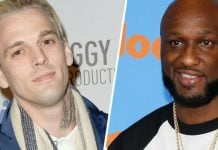 Lakers could miss three players in season opener vs Warriors

Lakers guard Malik Monk out a week with groin injury