Mike James has no plans to return to the NBA and prefers to remain in Europe and keep playing in the EuroLeague.

James spent part of the 2017/18 season in the NBA with the Phoenix Suns and the New Orleans Pelicans.

“I was already there. I don’t care no more. Talks didn’t really get far enough for me to turn down offers. I definitely had a lot of interest from multiple teams.

But, you know how cap space works. It saves fish for last. There was interest, I didn’t really turn down a concrete offer, but if I would’ve waited, I probably would’ve gotten multiple offers,” James said in an interview with Eurohoops.net.

James is under contract with CSKA Moscow until the end of the 2022/23 season. 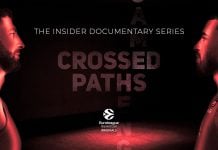