LeBron James opened up about what went down in the Orlando “bubble” after the shooting of Jacob Blake.

The star of the Los Angeles Lakers said he and his teammates were ready to leave Disney World after the Bucks’ decision to boycott Game 5 of the first round of the playoffs against the Orlando Magic.

“When Milwaukee did what they did, and rightfully so, we understood that there was no way none of us could go on the floor. We stand as a brotherhood, we are a brotherhood in our league, and we stood with the Milwaukee Bucks and what they wanted to do – but there was a time where we were ready to leave too.

The Lakers, myself included, we were ready to leave. And we were trying to figure out, if we leave or if we stay, what is our plan? What is our call for action?

And I’m lucky enough to have a friend, you know, the 44th president, that allowed me and allowed [Chris Paul] and allowed us to get on the phone with him and get guidance,” James said, via the Uninterrupted and Yahoo Sports.

After several meetings, the players decided to continue the season, with James and the Lakers earning the title. 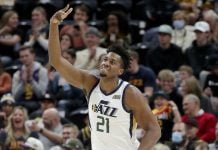 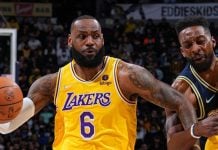