The Golden State Warriors’ home game against the Brooklyn Nets will be closed to fans, according to Marc Stein of The New York Times.

In addition to the Warriors-Nets game on March 12, the Chase Center (home of the Warriors) has canceled or postponed all events at the downtown San Francisco arena through March 21, according to Adrian Wojnarowski.

This comes after the city of San Francisco announced on March 11 that gatherings of more than 1,000 people, which includes Warriors’ home games, would be banned, amid the coronavirus outbreak.

Here is the statement from San Francisco Mayor London Breed:

As a result, the Warriors are planning to play foreseeable home games without fans in observance of the San Francisco Health Office’s order.

The Warriors have seven home games left on their schedule. 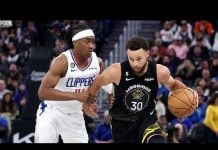