Andre Iguodala was traded to the Memphis Grizzlies last summer but is yet to play a single game for his new team. According to the latest reports, he is prepared to sit out the whole season if he’s not traded.

Some people are criticising Iggy for such a behavior. But, Jared Dudley of the Los Angeles Lakers expressed full support to Iguodala, saying that it shows his reputation:

“This shows you his reputation, he’s been a constant pro, selfless, great teammate .. So at the end of your career yes you do get a pass cuz he did it in a professional way. The Gm, Agent and player communicated what’s Best for both parties, and agreed. Happens more then you know.” 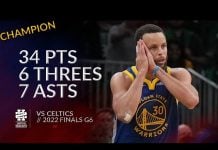