Serbian guard Vasilije Micic comes off his arguably career-best season with Anadolu Efes Istanbul, having won the championship with his team and also a spot on the All-Euroleague second team, after amassing career-highs of 12.1 points, 5.5 assists and 2.2 rebounds per game.

The Turkish side eventually came up short in their effort to win the Euroleague crown, but the mere fact that they managed to reach the Final Four for the first time in 18 years and play their first-ever title game (against CSKA Moscow) is another credit to the team and to its leader, Micic, who had been consistent all year long.

The 25-year-old was selected by the Philadelphia 76ers in the 2014 NBA draft, but for now his priorities are the Serbian National Team, preparing for the World Cup, and Anadolu Efes which offered him a lucrative deal in order to prolong his initial 1+1 contract. However, as Micic said, in a brief discussion with TalkBasket.net while in Athens for the Acropolis Tournament, his eagerness to join the NBA is by no means unconditional.

Q: Vasilije, what can we make of Serbia’s performances at the friendly games?

A: Unfortunately, we have lost one player definitely (Dragan Milosavljevic) and probably another one (Milos Teodosic), but that’s how our life is. We grow as a team every day because we were not allowed to have all our players from the first day. All of us are doing our best and the good thing about us is that we have been playing together for the last five years, we know everything about each other and this can be very helpful.

Q: Do you believe that this one is the best ensemble of players for Serbia in recent years?

A: Definitely, but as I said, we missed some of our best players due to injuries. Whoever will be in the squad, gives us reason to believe that we have a great team.

Q: What’s your role on the team now that Milos is off?

A: I don’t know. I’m trying to do my best because me and Jovic are different players and have a different playing style. The good thing about us is that both can cover a lot of assists in the game for other players. This is very important because we have great scorers, including Jokic who is a play-maker at the “5” position.

Q: Serbia is probably the only NT in the World Cup with four centers on its roster.

A: Yes, we have amazing big guys. Sometimes, it’s hard to use all of them because they all deserve to play. That’s coach’s decision, but I believe that there will be time for all of them.

Q: What about your decision to extend your contract with Anadolu Efes for another two years?

A: It was a reasonable decision because I had a great year over there. So, I didn’t need to move. I also had a great time there and for my development it’s important for me to play for another year with the same number of minutes and the same role.

Q: What’s the objective of Anadolu Efes in the upcoming season? Is it another Final Four?

A: Yes, definitely. We have the same team but you never know. Last year we lost at the final game.

Q: How do you see next year’s Euroleague?

A: It’s going to be very interesting; a lot of games, with a lot of equal teams and many newcomers from the NBA, something that shows that Euroleague is growing every year. I believe it’s going to be better and better in the following years.

Q: Do you see yourself in the NBA, following the footsteps of other Serbian internationals?

A: I hope so, one day. But I don’t want to just go there, but to get a chance to play. Otherwise, I will stay here.

A: We’ll see. I don’t know yet. My contract has an NBA-out option every year. 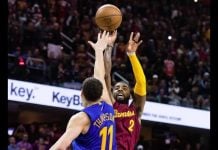