The Basketball Federation of Kosovo applied for FIBA membership for the second time after the first application was turned down due to the fact that the country had not been recognised by many states.

The President of the Federation, Erold Belegu, is more optimistic this time and is hoping that the FBK will be accepted during the 12th and 13th of December when the Central Board of FIBA will meet in Istanbul.

“Everything depends on FIBA. We have been rejected in the past due to the fact that Kosovo had not been recognised by sufficient countries. This time we have prepared documents that prove that we have been accepted in such organisations as the World Bank and various UN departments.” said Belegu.

“We have noticed that there are 8 countries members of FIBA that are members of the UN. We demand the same treatment.” 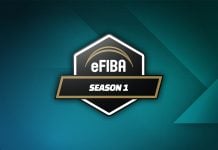