As the club announced earlier today, Colton Iverson has signed an one-year contract with Tenerife.

The 29-year-old center will stay in Spain for a second straight year, as he played for Andorra last season, averaging 5.2 points and 4.1 rebounds in the Spanish league. 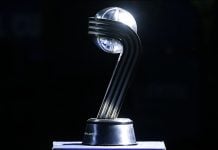