Thanks to a series of extraordinary performances since the beginning of the 2017 EuroBasket, Slovenia shocked the basketball world and claimed the European title for the first time in its history.

What a tournament that was for the Slovenians. With Goran Dragic and Luka Doncic as the leaders and Anthony Randolph and Klemen Prepelic as the supporting cast, the team was unstoppable and defied the odds, reaching the top of Europe.

During the training period, Slovenia didn’t seem as one of the favourites to go all the way to the end. The main reason for that was the lack of talent they were facing, comparing to other European powerhouses, like Spain, Serbia, Lithuania and France.

However, coach Igor Kokoskov, who always was one step ahead of his opponents in the Eurobasket, in terms of game strategy and tactics, created a squad with a clear and coherent roles’ distribution, while all members played for one another and their co-operation was in very high levels.

But, what exactly did we see from the new European champions in the competition?

Without a doubt, the Slovenians played as a TEAM, avoiding any conflicts and confrontations between each other, which could affect their concentration and team spirit.

Every player knew what he had to do on the floor, offering decent solutions, both defensively and offensively.

Behind Dragic and Doncic, who were executing most plays, Kokoskov saw Prepelic be tremendous, scoring both from mid-range and beyond the arc, with center Gasper Vidmar making the best performances of his entire career.

For his part, Randolph faced many ups and downs, however his all-around presence in the semi-final and (especially) the Final helped Slovenia retain control and be victorious.

Last but not least, players like Jaka Blazic and Aleksej Nikolic came off the bench and played very well on both ends of the floor.

Kokoskov’s squad dominated its opponents from the beginning of the tournament and it was the match against Greece, in the group stage, that helped them boost their confidence, as they made a come-back and beat their opponents, although the Greek team had the upper hand in the last part of the game.

Since then, the Slovenians were unstoppable, executing very well, both from inside the paint and the three-point range.

The 45-year-old coach created a series of plays that enabled his players to take advantage of their effectiveness in both 5-on-5 situations and transition.

With many on and off-ball screens, Dragic, Doncic and their team-mates had the opportunity to set many pick’n’rolls and easily drive to the basket, creating many open shots, too.

Consequently, the new European champions had many ways to score points and take control of the game, making it difficult for the opponents to stop them.

Especially against France and Spain, which were equal title contenders, the Slovenians played so well that simply decimated their opponents.

And against Serbia in the Final (93-85), although Dragic (who was tremendous, scoring 35 points) and Doncic were forced to leave the game, due to injuries, the supporting cast stood tall and secured their victory and their first-ever European title, thanks to crucial points from Prepelic and Randolph.

Overall, Slovenia played incredibly well in the 2017 EuroBasket and prevailed over their opponents, fair and square.

Coach Kokoskov’s presence changed the squad’s mentality and playing style, with Dragic being at his very best and destroying every defensive plan of his opponents, claiming the MVP Award as well.

In addition, this tournament signaled Doncic’s explosion, with the all-around guard already being considered a top player, as he seems ready to earn the number one spot in the 2018 NBA Draft, according to reports.

Last but not least, Prepelic made amazing performances during the whole tournament and certainly has the potential to become one of the best European combo guards, while Randolph (once again) showed how valuable his presence can be, both defensively and offensively.

That said, Slovenia are the new European champions and now have their sights set on the upcoming major competitions (2019 World Cup, 2020 Olympics, 2021 EuroBasket).

However, their mission will certainly be more difficult, as Dragic announced his international retirement and coach Kokoskov will probably put an end to his presence in the team’s bench, so the Slovenians now need to solve their issues, ahead of the 2019 FIBA Qualifiers. 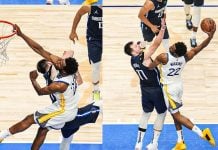 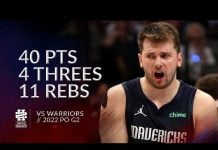 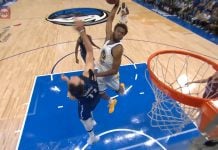