Tonight Jaden Ivey and the Pistons will take on the Bulls at Accor Arena for this year’s NBA Paris Game. Like for many players who will be playing in this game, it is his first time in the French capital for the 20-year-old point guard.

Q: How could you describe the bond, the chemistry that you’ve built with this team?

Jayden: I would say our bond is strong already. We all just love being around each other. It’s more than just basketball with us. I feel like we’re a strong-minded team. But off the court we gel well together

Jayden: Yes it’s my first time but I’ll be coming back for sure – I love it. The people, the culture, its special to be here. I love the food, I just love the people out here- so definitely be back one day

Q: What do you expect from tomorrow night?

Jayden: Win, I want to win. It’s a special opportunity for us as a team as a unit, we just looking to get a win.

Q: Has Killian [Hayes] given you any advice about being in Paris?

Q: As a player what does it mean to you to play in a foreign country in Europe and Paris?

Q: How are you feeling?

Q: Is it difficult to be focused?

Jayden: Not at all, we step in here and we’ve got one goal, and that’s to get a win and I feel like we’re all focused, you know, Paris is a lot of fun, a lot of sight seeing, a lot of things that we haven’t seen before but we’ve seen these lines before, the nets, the goals, all that before- we just trying to stay locked in

Q: You talk about the importance of your mother and her career

Jayden: Very, very thankful for my mother. Obviously helped me get here, the reason I’m talking to you guys in Paris. All the sacrifices that she did for me, I’m just very thankful to be able to represent her in Paris is very special. I give a special shout out to her and I’m very thankful.

The NBA Paris Game 2023 Presented by Nike will air live on beIN SPORTS, free-to-air Canal+ and NBA League Pass at 9 p.m. CET, reaching fans in more than 200 countries and territories on television, digital media and social media. The game will also be shown on BBC Three 8pm GMT. 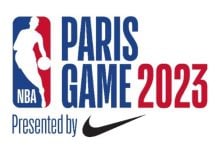 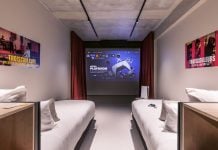 Hotels.com reveals a 55% surge in Paris hotel searches during the NBA Paris Game 2023 Presented by Nike