French forward/center Victor Wembanyama is the clear favorite to be the number one pick during the 2023 NBA Draft. The 18-year-old prodigy travelled to the U.S. along with his team Metropolitans 92 to face off against the projected number two pick Scoot Henderson and the G League Ignite.

Ahead of the game which is set to take place later tonight, Wembanyama talked about what it means to play in such a game, saying that it is the biggest games he has played in his life.

“In terms of recognition worldwide, this has got to be the biggest game I’ve played in my life,” he said. “I’m just curious to know how it’s going to go because we’re an overseas team and we’re playing against an NBA team with NBA rules, NBA court. Giannis Antetokounmpo poses warning about Victor Wembanyama: ‘When this kid comes, get ready’ 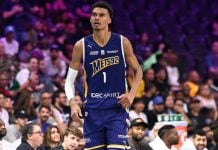 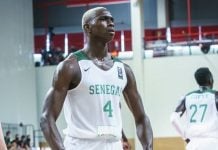