It was Brooklyn Nets head coach Joe Tsai who made a move himself to attract Markieff Morris in signing with the Brooklyn Nets this offseason (h/t NBA insider Marc Stein).

Morris, who inked a one-year unguaranteed deal with the Nets worth $2.9 million, is being viewed as a crucial veteran to provide a needed voice in times of urgency around franchise stars Kevin Durant and Kyrie Irving.

Yet it should be noted that the Nets considered the Morris signing as sufficiently significant that I’m told Nets owner Joe Tsai made a personal recruiting pitch to the 33-year-old. The Nets were desperate to add a veteran who could command the respect of stars Kevin Durant and Kyrie Irving and believe Morris has the gravitas to speak up when necessary like he did in Los Angeles alongside James and Davis.

Morris made a strong impression during his one and a half season of stay with the Los Angeles Lakers. Upon his provision of frontcourt depth, he further helped the franchise in winning its 17th NBA title in 2020.

Morris is coming off from a lopsided year with the Miami Heat, as he sat for the majority of 2021-2022 season and postseason after that infamous whiplash incident with Denver Nuggets superstar Nikola Jokic, in which he sustained a neck injury. 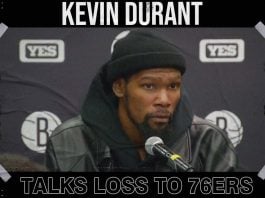 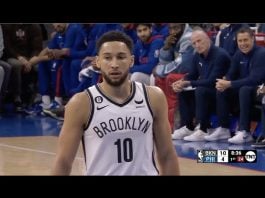