Above any others, Gregg Popovich is surely the proudest on the recent golden feat of Becky Hammon of leading the Las Vegas Aces to the pinnacle of the WNBA.

Shortly after the Aces clinched their first title in history against the Connecticut Suns this Sunday, the San Antonio Spurs have released a post indicating a statement from their legendary coach, congratulating Hammon for a job well done.

“We are all thrilled for coach Hammon,” Popovich said. “Winning a championship is a remarkable achievement for a first-time head coach in her first year with a team. Yet I am not at all surprised by her success.”

Hammon, who left the Spurs in last year’s offseason to catch the coaching offer of the Aces, made histories as a first-time lead mentor. He just became the first rookie head coach, first former WNBA player to win the coveted league title of women’s basketball.

“Becky has proved over and over that she has a unique understanding and passion for the game of basketball,” Popovich said. “Congratulations to Becky, her players and the entire Aces organization. They played the right way the entire season and were a true joy to watch.” 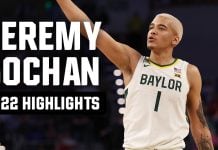 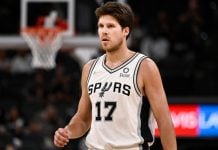