The new Washington Wizards player Will Barton was somewhat shocked when he got traded to the team this offseason, he told Mike Singer of the Denver Post.

“It was just like a shock, but not too much of a shock,” Barton said. “It was a shock in that, obviously, I had been there eight years, did so much there together, so it’s always shocking when you’ve been somewhere for so long and you’re moving on. But, at the same time, I embraced it, I’m welcoming a new chapter.” Will Barton initially in “shock” on the Nuggets trade, already welcomed new chapter with Wizards 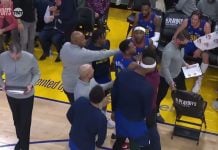 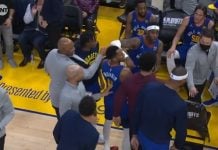 Will Barton and DeMarcus Cousins clash on Nuggets bench during timeout vs. Warriors [VIDEO]