Basketball is a popular sport around the globe, with the Asian branch of FIBA having 44 federations. If we estimate the number of fans from each continent, Asia will take the number one spot by default. Although some may argue this is on a technicality, considering that the continent has over 3 billion people, constituting half the world’s population.

Despite the lack of success on the international stage and the fact the NBA is sorely lacking Asian players, basketball is popular in the Far East. There are dozens of professional basketball leagues in Asia, and it’s time to examine the ones that stand out.

In the West, the Chinese Basketball Association has a reputation as the place former NBA stars go to retire. Several prominent names, such as Gilbert Arenas, Stephon Marbury, and Tracy McGrady, have played in China. To be fair, the league has also exported a few players to the NBA. The most famous example is Yao Ming, and a few other names include Sun Yue, Wang Zhizhi, and Yi Jianlian.

The CBA’s inaugural season was in 1995-96, but this shouldn’t be confused with the start of professional basketball in the country. Competitions were held regularly from 1956, when the Chinese basketball federation was established. Currently, there are other leagues in the country, but the CBA is the premier competition.

The league incorporates 20 teams divided into two divisions. A regular-season format has 46 games on the schedule, and each team can have two foreign players on the roster. Winning the title 9 times makes the Guangdong Southern Tigers the club with the best record.

Baseball and football have indeed pushed basketball to third place on the popularity scale in Japan. Yet with a population of 100 million, the country can spare a lot of fans, and the B.League enjoys a respectable following. The Japan Basketball Association was established in 1930. However, after a merger in 2015 between the National Basketball League and the BJ League, the league got its current structure.

Initially, 48 teams were competing in three tiers of the B.League. The format was changed starting in the 2021-2022 season with only two divisions. The first division has 22 teams, while the second has 14 teams.

There are 60 games in a regular season in both divisions, with regular promotions and relegations between divisions. Alvark Tokyo is the most successful club in league history, with two trophies. The B.League is quite liberal, allowing each club to recruit three foreign players.

The NBA has been a model for many leagues, and the TBL emulates their format from an organizational aspect. In the Thailand Basketball League, there are 10 teams. The four best-ranking teams face off in the playoffs following the regular season, where knockout rounds determine the Champion.

Although teams are allowed two foreign players, they cannot pair up on the court. The rules permit only a single foreigner on the court at any given time. This very popular regional league offers excitement for bettors active in sportsbooks as well.

The honor of calling itself the second oldest basketball competition in the world goes to the PBA. To be clear, the NBA took the first position. The Philippine Basketball Association’s opening season was in 1975 and since then has evolved into Southeast Asia’s biggest professional basketball league.

The league has 12 teams, and the format is not of a standard season. Instead, clubs compete in three-conference, each functioning as a separate tournament, and a champion is named for each conference. Two of those conferences permit clubs to have one foreign player on the squad.

Basketball took root in Korea back in 1925, and players on the Peninsula are still traditionalists when it comes to the playing style. The 10 teams of the Korean Basketball League are known for focusing on perimeter shooting and moving the ball through frequent passing. There are 54 games in a regular season, followed by playoffs, where the series gets played in the format best of seven games.

The quality among teams in the league is well balanced. Four teams have won the title in the past four seasons. And in the last 8 years, every club has participated in the finals. The league was formed in 1997, and it has the standard policy of allowing two foreigners on a team.

Several parameters guided this selection process, but you know a basketball league is worth considering when the leading sportsbooks include it in their coverage. 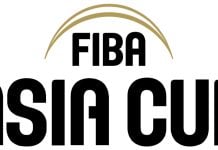 How Popular Is Basketball in Asia?

CBA reportedly plans to further suspend the season until July 1